As a new month and a new week begin, I pray that I will be an instrument of harmony in this world, a ray of light to someone in the dark. Maybe, just maybe, somebody will notice my efforts and attempt the same. 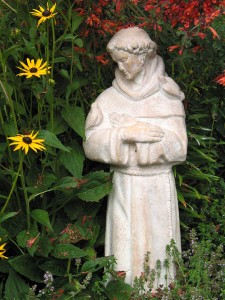 St. Francis statue in a garden.

O Divine Master, grant that I may not so much seek
to be consoled as to console,
to be understood as to understand,
to be loved, as to love. 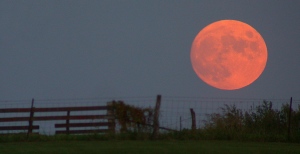 It is fall — harvest time. Yet in Florida, heat and humidity remain companions to the daily sun. Somehow, deep within, the ancestral memory of time to reap and gather rises to the surface of my thoughts.

For me it is also a time of reflection. What seeds did I sew this past year? What will I reap? What will I gather? Will my harvest be bountiful? Will it be sweet?

The street lights glow. There seems little need for them tonight. Heaven’s back light is on. For thousands of years, every autumn, God lit the night fields, extending the day for our ancestors to reap and gather their crops.  Feeling that presence this moonlit night, I know I will abound. 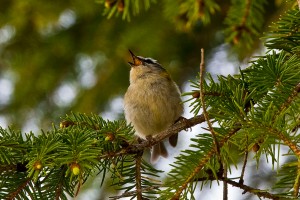 A Common Firecrest singing in a conifer tree in Galicia, Spain.

Faith is the bird that feels the light and sings while the dawn is still dark. 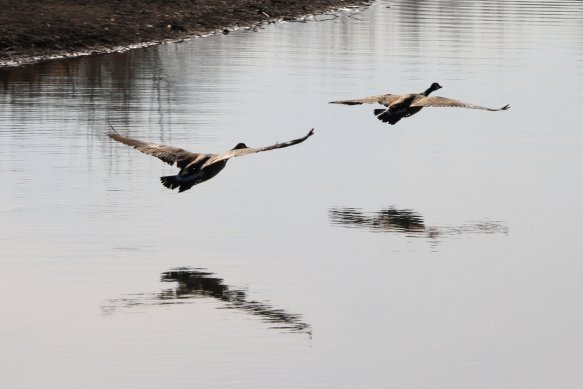 This pair of geese had been milling about by the shore of a lake when they suddenly both “knew” to take off across the water.

The week ahead will be one of extraordinary good for me. I know this in my bones. The hours will be filled with wondrous moments punctuated by the miraculous. Sometimes the prediction of a good day or week is born from a hope that God will fulfill his promise of restoration to our lives. Sometimes there is just the unquestioned “knowingness.” Today, I possess that “knowingness.”

Today, I plan my steps ahead, seeking and accepting guidance. I remember someone once said God was not a GPS. All of heaven is my global positioning system. Like any GPS, I have to turn it on, listen and follow the guidance. If, as has happened on occasion, I become distracted and miss the directed turn, the system will reroute me. I realize if I had made the turn as directed, I would have missed the road construction and resultant delay.

Today I seek quiet, stillness to hear God’s direction. I prepare to make that turn ahead. I know blessings await me around the corner. 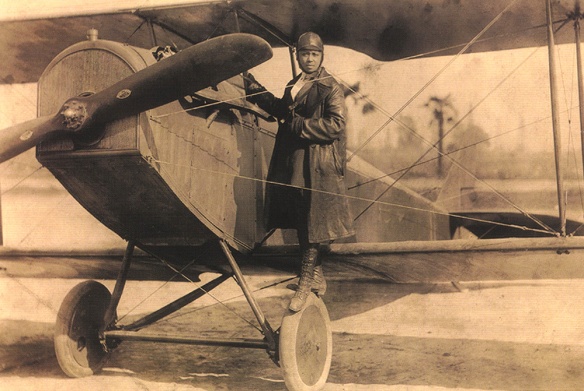 There’s nothing like biting off more than you can chew, and then chewing anyway.

Sometimes as you strive to reach goals in life you find encouragement in a chorus of cheers and good will. Yet, someone, somewhere in the rafters, sings the haunting lyrics — “maybe you’ve bitten off more than you can chew.”

I can only imagine how many times aviator Bessie Coleman heard that. She’s a perfect illustration for Mark Burnett’s quote. The 10th of 13 children born in 1892 to Texas sharecroppers, Coleman dreamed of becoming a pilot during a time in the United States when, regardless of color, women were not afforded that opportunity.

As a young woman working in Chicago she listened to the stories of returning WWI pilots. The exploits of women aviators in Europe captivated her.

Unable to obtain training in the United States, Coleman studied French at a Berlitz school in Chicago gathered her savings and in 1920 moved to Paris.

Doris Rich wrote in the Coleman biography, Queen Bess: Daredevil Aviator, “From the moment Bessie decided to become a pilot nothing deterred her. The respect and attention she longed for, her need to ‘amount to something,’ were directed at last toward a definite goal.” 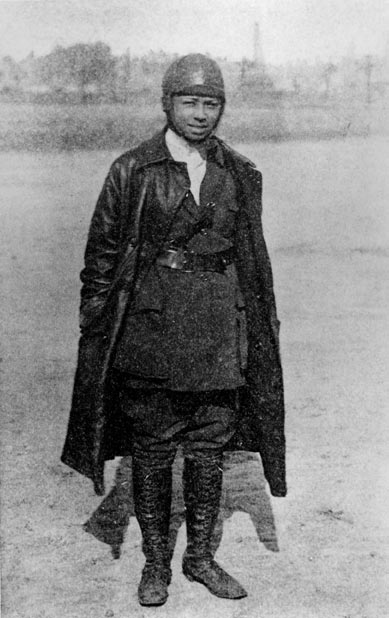 In 1921, she became the first woman of African-American descent to earn not only an aviation pilot’s license but an international aviation license as well.

To earn a living as a civilian pilot Coleman became a barnstormer. To perfect her skill she returned briefly to Europe to study with aviation experts in the Netherlands and Germany. Returning to the United States, she became well-known not only for her daring but her skill as well. Her show of figure eights, loops and other maneuvers drew enthusiastic crowds across the country.

Coleman nurtured another goal; to establish an aviation school. She died before realizing it. In April 1926, in Florida, she planned a stunt that would culminate in a parachute jump. She went out in her recently purchased plane with mechanic and publicity agent William Willis in the seat next to her. The plane went into a dive. Unable to pull out of it, the plane went into a spin. Seat belt unbuckled, she fell out of her plane, plummeting 2,000 feet (610m) or more to her death at age 34. The plane crashed and burned killing Willis.

Coleman may not have established a brick-and-mortar school but in making aviation history she influenced generations.

I will keep chewing, firm in the faith I will soar.

Heavyweight boxing champion Muhammad Ali in the 5th Street Gym in Miami, Florida. Deep inside, Ali had a dream to be the “greatest.”

Champions aren’t made in gyms. Champions are made from something they have deep inside them — a desire, a dream, a vision. They have to have the skill, and the will. But the will must be stronger than the skill.

We believe faith and freedom must be our guiding stars, for they show us truth, they make us brave, give us hope, and leave us wiser than we were.

Here men from the planet earth first set foot upon the moon July 1969, A.D. We came in peace for all mankind.

This lunar plaque, attached to the ladder on the descent stage of Apollo 11, carries the signatures of President Richard M. Nixon and Astronauts Neil A. Armstrong, Michael Collins and Edwin E. “Buzz” Aldrin, Jr.

“We came in peace for all mankind,” derives from the 1958 National Aeronautics and Space Act’s “declaration of policy and purpose.”

Service is the rent we pay for the privilege of living on this earth. — The Honorable Shirley Chisholm

Only the educated are free. — Epictetus